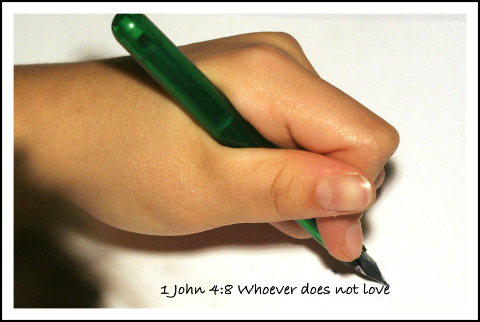 Some Christians call homosexuality an abomination, so let’s talk about that.

Turning to the Bible, Proverbs 6:16-19 is perfect for this occasion:

There are six things that the Lord hates, seven that are an abomination to him:
– haughty eyes, a lying tongue, and hands that shed innocent blood,
– a heart that devises wicked plans, feet that hurry to run to evil,
– a lying witness who testifies falsely, and one who sows discord in a family.

Comparing those list items to other attributes, can we put haughty eyes, a lying tongue, and hands that shed innocent blood in the same category as blue eyes, a bumpy tongue and left-handedness? What about “a heart that devises wicked plans” and “feet that hurry to run to evil” – are they in the same category as congenital heart disease and clubfoot?

Of course they aren’t because God is a loving God who would not hate us for what he made us. We can choose not to run to evil, but we can’t choose different feet from those attached to our ankles.

So which category does homosexuality fit into? Handedness is actually a good comparison because the facts and numbers match up very closely. Approximately 8 percent of the world’s population is left-handed and 5 percent is homosexual, and in neither case is race, geography or culture a factor. In both cases males slightly outnumber females, and in both cases, 2 is the average age of first behavioral appearance. In both cases the trait runs in families, and a person with siblings of that orientation has an elevated likelihood of having that orientation as well. Neither homosexuality nor left-handedness is considered by experts to be a mental or physical disease. Neither orientation is considered to be chosen, and neither can be altered clinically.

Back to the abominations in Proverbs 6: Left-handedness and homosexuality don’t fit into that list, but as perfect examples of shedding innocent blood, devising wicked plans, testifying falsely, and sowing discord, homophobia and discrimination and hate crimes against LGBTQ people definitely do.

The Bible prohibits everything from eating shellfish to trimming your beard. For future reference, if you’re selectively choosing “abominations” to preach against and you settle on one you don’t personally grapple with, you are cheating. That’s just a clever way of not addressing your own moral failings. There’s a word for that, and it’s not Christian; it’s hypocrite. Take another look at the list from Proverbs 6. Surely we can all find ourselves somewhere in there, which means casting stones shouldn’t be on our to-do lists anyway.