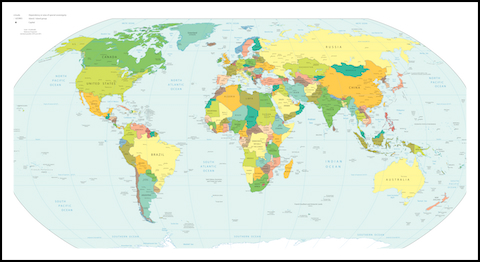 What country pops into your head when you think of the cruelest citizens?

If you define cruel citizens as those who support subjecting other people – for no good reason – to terrifying and excruciating pain and suffering that scars them mentally and physically for the rest of their lives, then you might have to say the United States of America. It’s true: Coming in well above the worldwide average, 58 percent of Americans support government-sponsored use of torture as part of efforts to prevent terrorist attacks.

Torture is not an effective means of gaining information. Evidence shows it doesn’t work. In fact, through long-term effects, it is more likely to make our country less safe than more safe.

Back in 2005, Americans were not such leaders in cruelty – only 38 percent of us supported the use of torture. That was right after we saw stomach-churning photos of the sadistic treatment of detainees in Abu Ghraib prison in Iraq. Since then, some developments have made us more comfortable with this perverse practice.

Euphemisms like “enhanced interrogation technique” made it more palatable; black site locations outside our borders made it less tangible; claims of its indispensability from our highest officials made it more respectable; and new enemies made us more desperate.

But none of this made it right. Inhumane treatment of others is never right. Even if torture were a successful means of extracting information, are we willing to sell our souls for the illusion of safety? Surely we as a nation stand for more than self-protection – it isn’t a virtue to be proud of. But we can’t even claim self-protection because torture doesn’t work, which means we’re selling our souls only for the sadistic pleasure of dehumanizing other human beings.

Two more thoughts before you make up your mind: First, if you support our use of torture, you must also support its use on our own sons and daughters, soldiers and citizens, and neighbors and loved ones when they fall into enemy hands. We cannot insist others take a moral high road that we ourselves are unwilling to travel.

And second: Torture also destroys the perpetrators. Buddhist monk Thich Nhat Hanh said, “As a torturer, you are the first to be a victim because you lose all your humanity. If you had a good cause to begin with, it is lost when you torture another human being … you die as a human being because the other person’s suffering is your own suffering.” 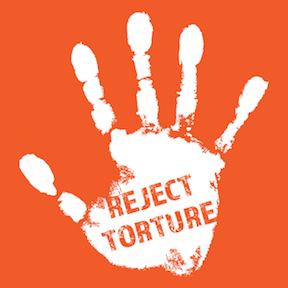 Torture isn’t about being strong or tough; it’s cowardly, cruel and counterproductive. And you don’t have to be the one inflicting torture to lose your humanity; it’s enough to go to the polls in November and vote for it.