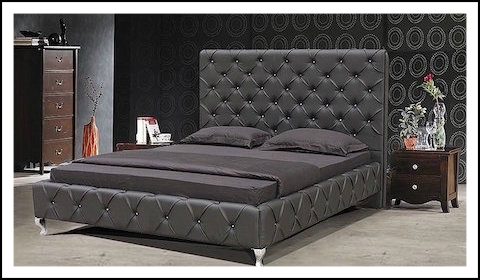 If you’re wealthy and you find yourself on death row, it’s a pretty good situation. You get gourmet food, a luxury bed, and all the satellite TV you want. Hold on, sorry, I got caught up in the whole fake news trend. Here’s the reality: If you’re rich, you won’t find yourself on death row. Execution by the state is a poor man’s fate in a game “played with clearly loaded dice.”

A bias against the poor is built into the system from start to finish. Here are just a few ways researchers have found:

In addition, capital cases tend to be high visibility and high stakes for the state and the district attorney, and winning is paramount, so asking for the death penalty becomes an option better saved for poor people with no resources.

Amnesty International USA Chair Rick Halperin says, “Capital punishment is class warfare against the poor. It doesn’t approach anything associated with justice. It is about money, race and power.”

The United Nations recently voted on a non-binding resolution calling for a moratorium on the death penalty. Of 198 UN member countries, 115 voted in favor of the resolution, 38 voted against, and 31 abstained. It’s no surprise the United States voted against it. The United States is one of only 11 countries known to have carried out executions in each of the past five years. China, Iran, Iraq, Saudi Arabia, and the United States are the only five countries in the world currently executing more than 25 people per year.

Those who are inclined to claim the United States is the greatest country on earth should consider these words of Nelson Mandela: “It is said that no one truly knows a nation until one has been inside its jails. A nation should not be judged by how it treats its highest citizens, but its lowest ones.”

Capital punishment not only discriminates against the poor, it is also barbaric and inhumane in itself. As more countries around the world abolish this practice, the United States relinquishes its claim to greatness, as well as its righteousness, with each year it keeps executing its citizens. And do not propose that we merely take steps to make the system more fair. Around the world and throughout history, poor people have found themselves on death row, and rich people have not. Measures to change this do not change it. Unless you really believe poor people – merely because they are poor – deserve to be executed while rich people in the same circumstances do not, it’s time to take a stand. Start here.