* Donald Trump in 1997 when he bought the Miss USA pageant: “They said, ‘How are you going to change the pageant?’ I said ‘I’m going to get the bathing suits to be smaller and the heels to be higher’.”

The United States was a country 144 years before women could vote for president; the 19th Amendment was ratified just months before the 1920 election. Those who fought against women’s suffrage made their case by demeaning women as mentally and physically unfit. A 1912 New York Times editorial warned that if women were granted the vote, they would next make “preposterous” demands to serve as “soldiers and sailors, police patrolmen or firemen … they would serve on juries and elect themselves if they could to executive offices and judgeships.”

Fast forward 100 years, and we see the race tightening for Tuesday’s presidential election. That means many Americans have somehow gotten comfortable with quotes like these from Republican candidate Donald Trump:

Regarding a young actress: “She’s probably deeply troubled and therefore great in bed. How come the deeply troubled women, you know, deeply, deeply troubled, they’re always the best in bed? … It’s just unbelievable. You don’t want to be with them for long term, but for the short term there’s nothing like it.”

The first quote can be translated this way: I don’t ask a woman whether or not she wants me to touch her intimately. I do what I want to women. That is a privilege of men who are powerful.

And the second quote this way: I like sex with deeply troubled women because their self-esteem is so low and their vulnerability so high. Women in this state have almost no personal boundaries and are more likely to let me do anything I want to them, no matter how degrading, and then I move on. 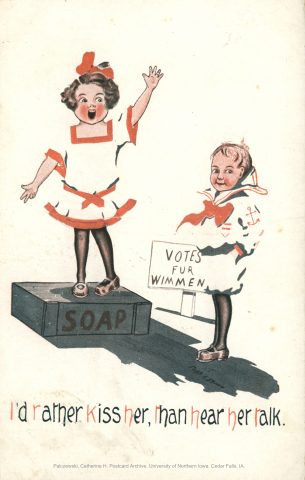 I know there are Americans who don’t think this behavior is OK but have somehow managed to get comfortable enough with it to vote for Mr. Trump, and to them I say, please don’t.

If you are a man or a woman, please don’t devalue all women and girls by choosing a leader who sets this example. The quotes above are two of dozens, as Mr. Trump has called women pigs, dogs, losers and bimbos, while he has defined them by their body parts and joked about whether he wanted to have sex with them. Perhaps you think Mr. Trump has enough else to offer that you can live with this “minor” issue. But it’s not minor; misogyny, sexism and gender inequality remain strong in the United States, and Mr. Trump’s behavior shows he is clearly a leader in making that OK.